“Jack grabbed the ladder and clambered up. No man’s land opened up before him in a haze of smoke and dirt; bullets and shrapnel whistled through the air ”

Ross is fed up with being on the losing side, as Bruntsfield Primary football team faces another humilating defeat. But after the match he is given a pair of old football boots, which once belonged to his great-grandfather, Jack Jordan. Ross is amazed when he discovers that Jack played for his favourite team, the famous Heart of Midlothian FC. As Ross finds out more about Jack, an incredible story unfolds — a tale of Edinburgh’s young heroes and a battalion of footballers and fans who fought in the First World War.

This book is based on the remarkable true story of the 16th Royal Scots, known as the “Hearts Battalion”.

'This simply told story brings to life a small slice of Great War history and puts football into perspective.'
-- Jane Sandall, The Scotsman

'This is a very well paced and plotted book, and the different strands are nicely entwined and equally nicley resolved at the end.'
-- Undiscovered Scotland

'This is a fantastic book that combines sports and war history. The reader is taken into the life of the soldier so they can really understand what it was like to be a soldier during world war one without feeling like you're stuck in a history book and the football sequences were fantastic. There is a nice set of facts at the back so readers can get information about the war. It is a short and quick read. '
-- booksyourkidswilllove.blogspot.com

'Books that boys will read are few and far between but this is a book which is well worth reading, whether you're male or female, boy or girl.'
-- Lothian Life

'A worthy addition to a school fiction collection supporting the study of the period ... The interweaving of the stories of two football-mad boys presents a moving and thoroughly researched account of one aspect of the War.'
-- The School Librarian

'A great little book which cleverly combines football and World War One, and in particular the story of the famous (in Edinburgh at least) 'Hearts Battalion' which fought at the Battle of the Somme. Killgore cleverly brings together the present day life of Primary 7 pupil Ross with the story of his Great Grandfather, Jack who not only played for Hearts but who also served his country.

'The descriptions of both the football and the battlefield in the book are excellent ... No matter what team you support you will be sure to enjoy this book. It's engaging, moves along at good pace, and tells a thoroughly interesting story. It's a must read for any football fan.'
-- Literature for Lads

'This was an enjoyable read because it was a true story and it focused on football, and even better on the team that I support. As war was the other theme of the book this made it even more interesting to me. I would personally recommend it as a really good read.
--Teen Titles 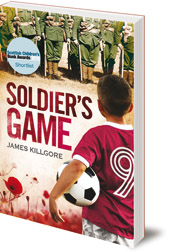 Jim Killgore was born in New Orleans in 1959. He studied both in the USA and England, where he met his wife Ann who is from Ayrshire. Jim worked in New York as an editor on a children’s science magazine before moving to Edinburgh in… 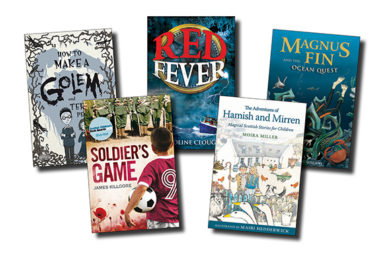 We were delighted to discover that five of our Kelpies books had been reviewed by keen Gaelic-speaking Kelpies readers for Aileag, BBC Radio nan Gaidh … 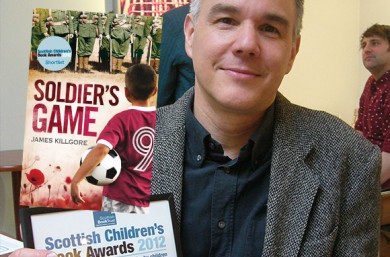 On World Book Day, 7 March, the Discover Kelpies team set out for Dundee to attend the 2012 Scottish Children’s Book Awards Ceremony. It was a very sp … 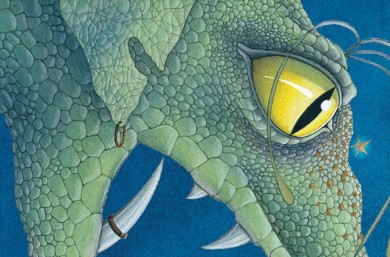 Have you heard of Edinburgh International Book Festival? Every August, authors, poets and illustrator (to name a few) from all over the world can be f … 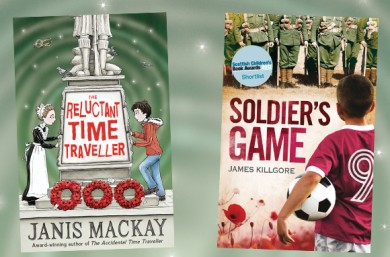 If you’re a teacher with a World War I project coming up, we’ve got some ideas and resources that might help! There are so many different aspects of t … 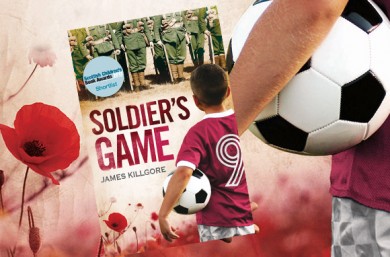 In case you missed it, here is the Book of the Month author interview with James Killgore. James released is book Soldier’s Game earlier this year. Q: …