Range: Kelpies Paperback 224 pages 198 x 130 mm ISBN: 9781782502623 Publication date: 21st April 2016
Genres: Adventure and Thriller, Humour Theme: Vikings and Norse Mythology Ideal for ages: 8, 9, 10, 11 and 12 The World's Gone Loki series
A strange haar blows into St Andrews' harbour one morning, freezing its inhabitants in a magical mist. A Viking longship docks, and out leaps Loki, the Norse god of mischief. Much to brothers Lewis and Greg's dismay, wise-cracking, havoc-wreaking Loki is back, but this time he's been followed . . .

The fate of St Andrews, and indeed the ENTIRE UNIVERSE, rests with our reluctant young heroes and their friend Susie. With a swashbuckling Valkyrie as their guide, they set out across the mythical land of Vanaheim to rescue Odin, King of the Gods, from imprisonment. Along the way they play in a trolls' pig-wrestling team, out-scare ghosts from the land of the dead, oh, and outwit a gang of grouchy dwarves. But will they reach Odin before the real world is destroyed by Loki's mischief?

Odin Blew up my TV! is the third book in Robert J. Harris's monster and mischief-filled The World's Gone Loki series. 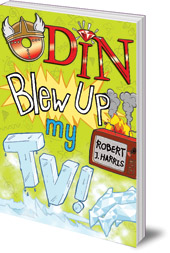 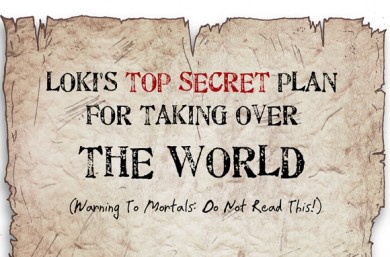