This year, for the first time, entrants were asked to submit a series of illustrations suitable for a children’s book rather than a cover design. Edinburgh-based illustrator and former teacher Aimee Ferrier was revealed as the winner of the Kelpies Illustration Prize 2019 at an exclusive award-ceremony at Edinburgh International Book Festival on Thursday 15th August. Author and illustrator Catherine Rayner was on hand to open the top-secret envelope and present the winner’s trophy. 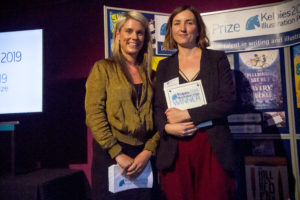 Aimee will receive a year of mentoring with the Floris Books design team, as well as a publication deal, £1,000 cash and a ticket to this year’s Picture Hooks conference.

The judges were swept up in the atmosphere of the Scottish Highlands that Aimee captured in her illustrations, and they were impressed by the variety of interesting compositions and different viewpoints she included in her work. They also appreciated the work involved in both writing and typesetting rhyming text, as they felt it showed a good awareness of the picture book market.

The Kelpies Illustration Prize 2018 challenged illustrators and designers based in Scotland to create a new cover for Soldier’s Game by Jim Killgore. Soldier’s Game is a remarkable novel of war, football and loyalty, based on the true story of Edinburgh’s ‘Hearts Battalion’. The book was chosen to commemorate the centenary of the First World War armistice.

The inimitable Vivian French joined us to announce the prize. In 2016, Vivian was awarded an MBE for services to literature, literacy, illustration, and the arts. And, the Scottish Book Trust presented her with an Outstanding Achievement Award in 2018!

Watch the video to find out about our 2018 winners:

Our judging panel looked for covers that would appeal to the book’s target audience of children aged 8-12. They were also looking for bold and earnest designs that clearly communicated the football and First World War themes of the book.

The winning design impressed the judges with its striking and sensitive representation of the protagonists, the skilful illustration of First World War motifs, and a well-considered design for the full book cover. The active feel of our Highly Commended entry would really appeal to the age group. Both Vivian French and our judges loved the consideration of typography as part of the design. And the public loved the empathetic and engaging representation of the protagonist in our People’s Choice Winner. 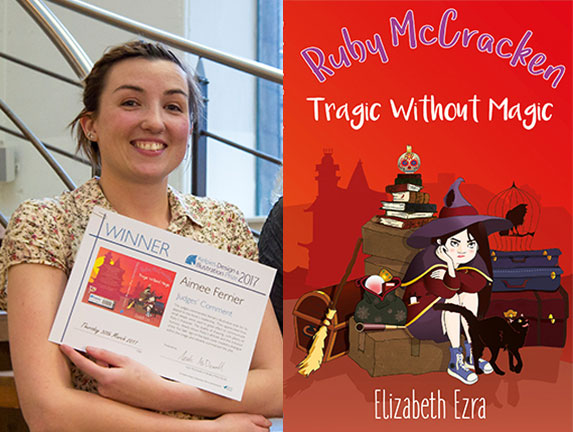 Edinburgh College student Aimee Ferrier won the Kelpies Design & Illustration Prize 2017 with her personality-filled design for Elizabeth Ezra’s Kelpies Prize winner Ruby McCracken: Tragic Without Magic. The judges commended Aimee’s illustrative style for its appeal to the book’s readership, and loved the humour and detail in her illustration. Aimee worked with the Floris design team to produce the final cover. 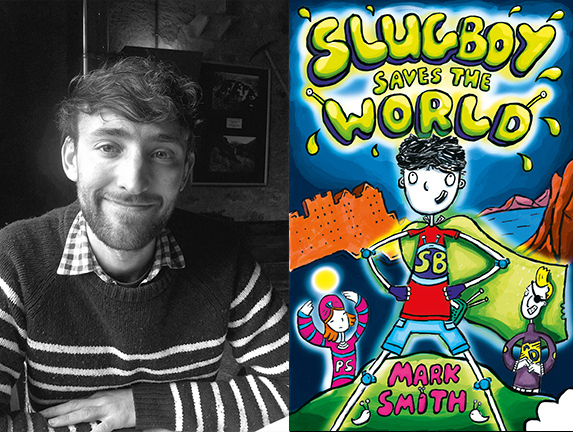 Glasgow-based designer Darren Gate won the Kelpies Design & Illustration Prize 2016 with his colourful, comic design for Mark A. Smith’s Kelpies Prize winner Slugboy Saves the World. The judges loved Darren’s bright, colourful and fun design which showed a good awareness of the audience for the book. Darren worked with the Floris design team to produce the final cover. 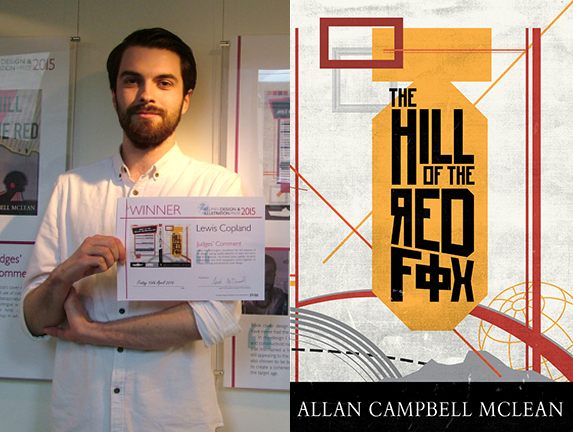 Aberdeen-based Lewis Copland won the Kelpies Design & Illustration Prize 2015 with his striking design for Allan Campbell McLean’s classic spy thriller The Hill of the Red Fox. The Gray’s School of Art student impressed the judging panel with the dynamic composition and bold typography of his design. Lewis worked with the Floris design team to produce the final cover. 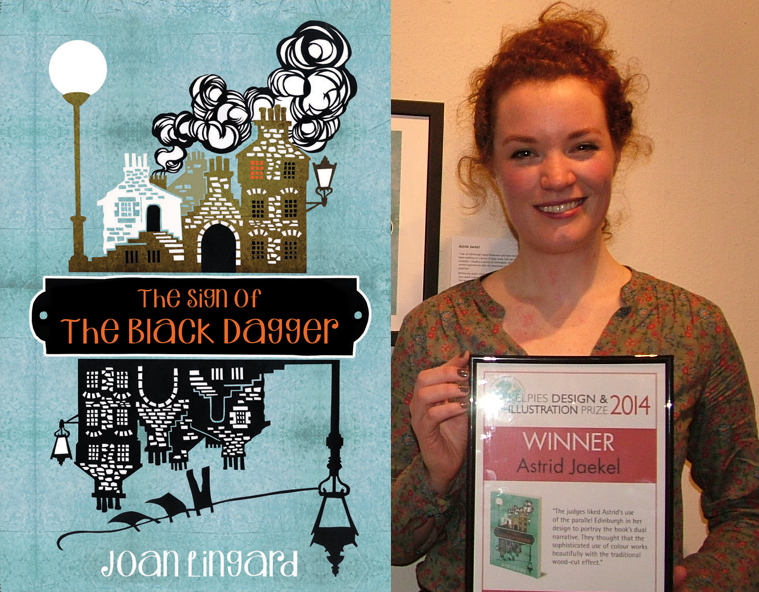 In its inaugural year, Edinburgh-based artist Astrid Jaekel won the Kelpies Design & Illustration Prize with her eye-catching design for Joan Lingard’s The Sign of the Black Dagger. Astrid’s design really stood out for the judges; they loved her sophisticated use of colour, as well as the way she used mirrored images of Edinburgh to hint at the story’s dual narrative. And Joan herself was equally impressed when she popped into the exhibition to see the shortlisted covers for her book!

Astrid worked with the Floris design team to produce the final cover.

Two commended designers, Mark Doyle and Victoria Pickford, also won a cash prize of £50 each. The judges loved the way Mark’s design captured the helter-skelter architecture of Edinburgh’s Old Town. They thought Victoria’s use of bright colour against a dark background conjured up the perfect atmosphere for the story.

Feeling inspired?
Find out how to enter this year’s Kelpies Prize for Illustration!