Have you had a blether with anyone recently? Do your lugs get cold in the winter when you don’t wear a hat? Do you feel wabbit at the end of the day? 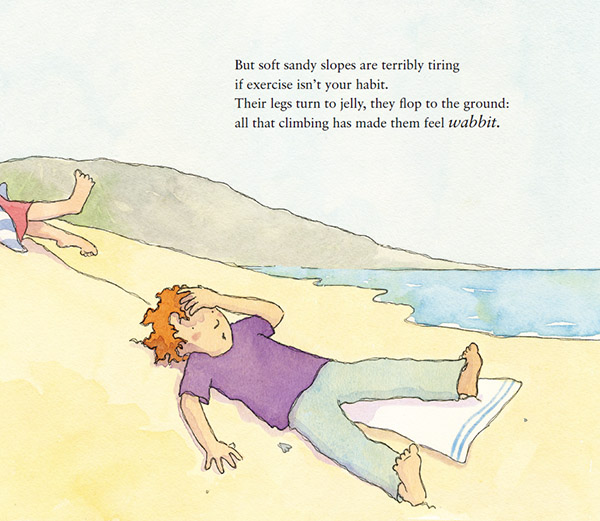 I didn’t grow up speaking in Scots all the time, but certain Scots words did pop up often enough to become part of my everyday vocabulary. Like most words, I can’t remember exactly who taught me which ones. They just became part of how I spoke. Many people tell me these are words their grannies use. Sadly I never met my Scottish granny, so I can’t say it was her. The one word I can attribute to a particular person is the fabulous stramash (an uproar or disturbance). Bill McLaren’s passionate but gentlemanly rugby commentaries for what was then the Five Nations were part of my childhood. As another pile of muddy bodies scrabbled for the ball, he taught me what a stramash was. 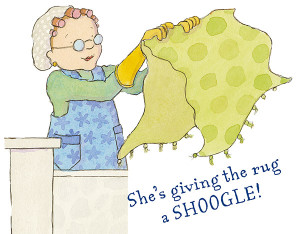 Sometimes it seems that the Scots words manage to capture a particular situation or action perfectly. I only have to ask a classroom of children to shoogle their hands and they all put them up and shake them without me even explaining what I’ve asked them to do. I find that children love to play around at saying these new words and at guessing what they mean. They often think stramash is to do with potatoes, and suggest that fankle means ‘thank you’. My favourite was a P2 boy who thought that braw was ‘something that ladies put their boobies in’. 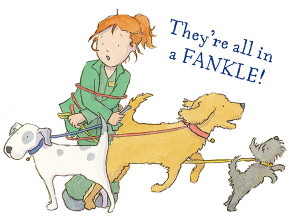 I chose to write Thistle Street, Thistle Sands and Thistle Games because I wanted to find a way to introduce these great words in such a way that they could be easily understood and easily pronounced. So rather than writing a whole story in Scots, I dropped the words into stories in context. In these three picture books the Scots word is the final one you land on in a story page. It’s like a punchline telling you what has happened, with the rhyme helping the reader to learn how to say it. I’ve found lots of people buying the books to send to children who have a Scots connection but are no longer in Scotland. Schools have enjoyed using them to introduce Scots words during Scots Language Weeks; teachers who aren’t Scottish, but have to teach some Scots have been particularly grateful!

My large Scots dictionary is now well-thumbed in my quest for more words to write about. Whether any more books come remains to be seen but in the meantime it’s fun to be inside writing on days when its dreich!