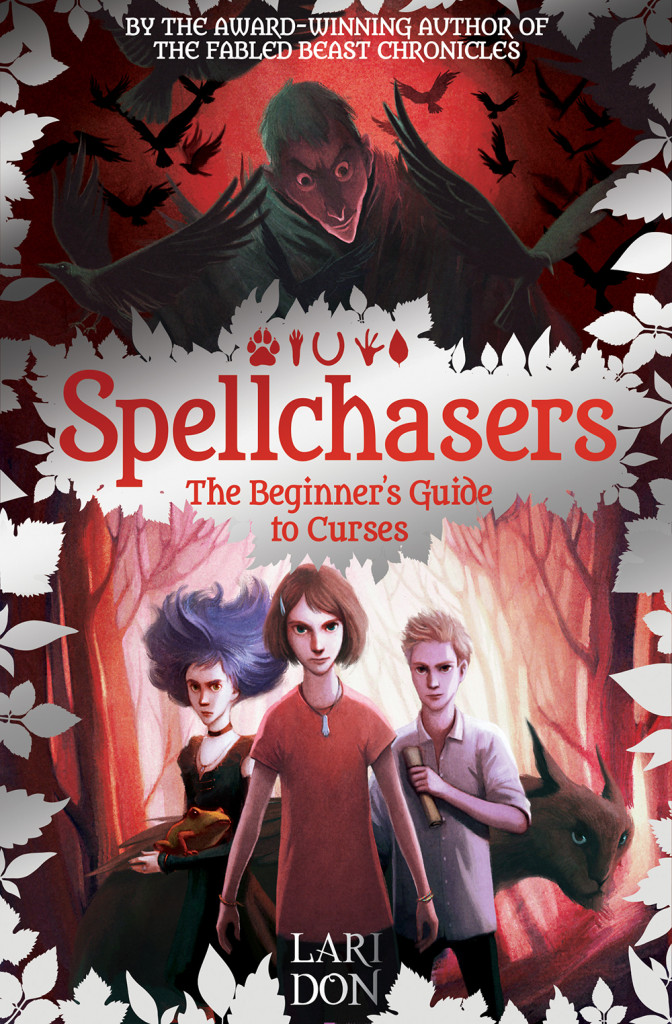 5 Things You Need to Know About Spellchasers

We spoke to Lari Don, author of the Fabled Beast Chronicles, Rocking Horse War and now The Beginner’s Guide to Curses, to find out what you need to know about her new Spellchasers trilogy.

How long have you been working on this new trilogy?

I scribbled down an interesting question about magic when I was editing Storm Singing, about five years ago, then that question suddenly became a whole living idea four years ago. I started turning that idea into the book – The Beginner’s Guide To Curses – three years ago. And I realised I was writing a trilogy two years ago! (Writing is a long process…)

Are these books related to the Fabled Beast Chronicles?

The idea for the magical problem in the Spellchasers trilogy rose directly out of one line in a Fabled Beast Chronicles book, but there aren’t any FBC characters in the trilogy. There are lots of other fabled beasts though! And I’ve deliberately set this adventure in a part of Scotland that Helen, Yann and their friends didn’t visit in their travels. (Speyside, where I grew up.)

Tell us about some of the characters!

The first character you’ll meet is a girl called Molly, who’s just been cursed to turn into a hare at inconvenient times (like when she’s being chased by a greyhound…) Molly enrolls on a curse-lifting workshop, where she meets a boy called Innes, who’s not always a boy; a girl called Beth, who’s quite rude and has purple hair; a large black cat with wings, who’s called Atacama; and a toad. (No-one knows what the toad is called. Not even me.) There are also witches, crows and wyrms… And that’s just the first book. There will be new characters and new dangers in each of the other two books as well!

Will there be a happy ending?

You’ll have to read it to find out!

Somehow we knew that would be your answer…

The Beginner’s Guide to Curses is just the start of the story. Look out for The Shapeshifter’s Guide to Running Away and The Witch’s Guide to Magical Combat next year!

Happy Friday, Kelpies readers! And boy, do we have a treat for you. A cover reveal treat, that is!

You might have heard some whispers over on the DiscoverKelpies Twitter and Facebook page that our favourite Lari Don series, First Aid for Fairies, is getting a bit of a makeover. Well, we’re chuffed to bits to show you our shiny new covers today for all-new The Fabled Beast Chronicles. Click on the image on the left to see a snazzy animated GIF of how the cover came together – and the final cover is on the right. Go on, take a look!

First Aid for Fairies and Other Fabled Beasts

Wolf Notes and Other Musical Mishaps

Storm Singing and other Tangled Tasks

Maze Running and other Magical Missions

Aren’t they amazing? We’d love to hear what you think too! Catch us on Twitter with #FabledBeasts. And watch out for the Fabled Beasts coming to a bookshop near you this autumn.

Posted by: Nuria at DiscoverKelpies