Features for Teachers: We’re Gangin on a Bear Hunt

Looking for a fun way to introduce the Scots language to your pupils? Reading a story they already know will help to provide the context children need to learn new Scots words. Translated by Scots language expert Susan Rennie, We’re Gangin on a Bear Hunt is a lively recreation of Michael Rosen and Helen Oxenbury‘s classic picture book. Get ready for a big adventure, as a family of brave bear hunters trudges through muckle forests and skirlin snawstorms, claggie mud and a deep cauld river in search of a glowerin bear! 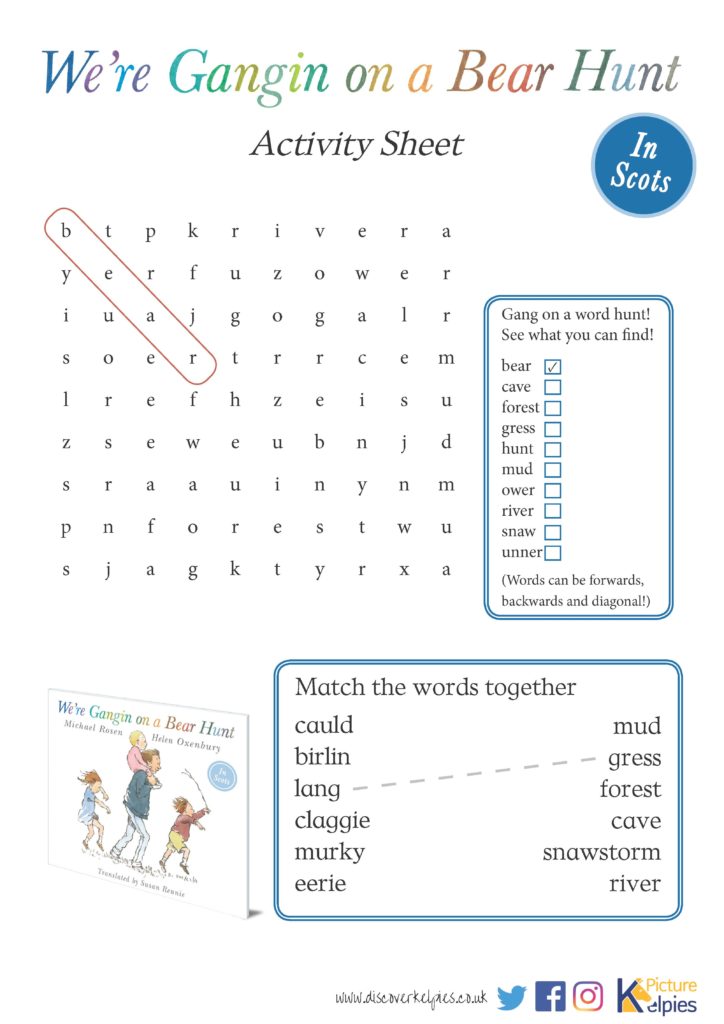 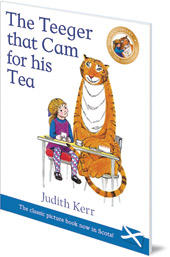 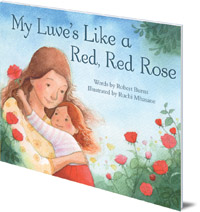 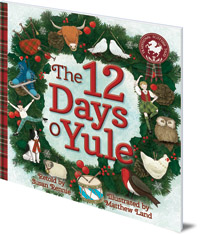 Guest Post: Translating the Sounds of a Classic into Scots by Susan Rennie

Visit our Schools and Teachers page for information on what we can do for you!

Gangin on a Word Hunt: translating the sounds of a classic into Scots

There are many magical things about Michael Rosen and Helen Oxenbury’s classic picture book, We’re Going on a Bear Hunt: the hypnotic rhythm, the gathering pace of the storyline, the gorgeous watercolours. But when I was asked to translate the book into Scots, what I looked forward to most was tackling the wonderful sound words that punctuate the text and which no bairn can resist repeating (preferably with actions), whether they are hearing the text for the first or the umpteenth time. The Scots language has no dearth of words that are fun to say out loud – think bubbly-jock, spleuterie and clishmaclaver – and writers have delighted in the sound possibilities of Scots for centuries, so there is a rich seam for translators to tap.

In the original story, the would-be hunters go swishy swashy through long grass, splash splosh through a river, squelch squerch through mud, stumble trip through a forest, and hoooo woooo through a snowstorm. The question is: what would they do in Scots?

It is an odd fact about onomatopoeia that different languages represent the sounds of the natural world in different ways. Human languages are not that good at representing non-human noises, which may be why they have come up with so many alternatives. In French, a cockerel cries cocorico not cock-a-doodle-doo, and ducks and pigs traditionally go coin and groin, rather than quack and oink. No surprise, then, that in the French translation of Bear Hunt, the young hunters go flou flou through the long grass, splich splach through the river, plaf plouf through the mud, hou hou through the forest, and criss criss through the snowstorm. I wanted to make the Scots version just as resonant and culturally distinct.

But where to start? The otherwise helpful Wikipedia page on Cross-linguistic onomatopoeias is completely silent on Scots. Yet the language has a history of distinctive sound words that differ in subtle but significant ways from their English, or indeed French, cousins. Here is how.

Plish plash…
In the Scots Bear Hunt, the travellers plish plash through a ‘deep cauld river’. The first example on record of a sound word for wading through water is from a Scots text, and it also happens to be a translation. In Gavin Douglas’s medieval Scots version of the Aeneid, a character leaps into the River Tiber ‘with a plasche’, and water continued to plash in Scots for hundreds of years. In Marmion, Scott describes the ‘ceaseless plash’ of soldiers plunging into the Tweed after Flodden. So plash has a long and noble pedigree: far older, in fact, than splash which is a relative newcomer, only appearing in the 18th century.

Plotch plodge…
When they come to a patch of ‘thick claggy mud’, the hunters have to plotch plodge through it. In the 19th century, the Scots lexicographer, Dr John Jamieson recorded both plotch and plodge as words to describe trudging though muddy ground, though he died before he could include them as new entries in his famous Dictionary. I like to think he would have approved of them being given new life in a book for bairns to enjoy. Both words are related to the verb to plod, but manage to sound a lot more squishy and squelchy.

Sweesh swush…
Nearly a hundred years ago, the poet Hugh MacDiarmid imagined ‘green tides sweeshin’ aneth the stars. In Bear Hunt, it is the ‘lang waggin gress’ that sweeshes, but the word is the same. Before the 18th century, when sweesh and its English cousin swish appeared, the sound of rushing air was slightly different: it was whish, or in the earlier Scots spelling quhisch. The word is first recorded in a poem by another medieval makar, David Lyndsay, showing once again that Scots writers have often been in the forefront of onomatopoeic invention.

Skirl screech…
What else would a Scottish snawstorm do but skirl and screech? (The ‘ch’ at the end of screech is pronounced as in ‘loch’.) Both words go back to medieval Scots and poets love to pair them up because of the alliteration. Gavin Douglas was, again, the first to do this, describing a character wailing ‘wyth skyrlys and with scrykis’. In the original Bear Hunt, the hunters stumble through a swirling whirling snowstorm; mine stotter through a birlin skirlin one. As the Historical Thesaurus of Scots shows, the Scots language has a hail clanjamfrie of terms to describe snow, so there are many ways for imaginative readers to expand on the sound and action words at this point in the story. On another day, the snaw might flichter to the ground, or feefle as it swirls round a corner – or perhaps into a bear’s cave. Feefle flicht, feefle flicht…

And for the rest of the story? You’ll need to Gang on a Book Hunt to find out more…