We’ve got our hands on the SUPER-SECRET plans of Fergus McFungus, Gadget Grandad’s arch enemy! Rumour has it that these top-secret plans can make a rather tasty clootie dumpling (or ‘clootie pudding’). Or, it can make a deadly weapon if you’re so inclined. Hopefully Porridge the Tartan Cat won’t get in the way of your dastardly deeds in the kitchen!

What is a clootie dumpling?!

A clootie dumpling is a traditional Scottish pudding, similar to a Christmas pudding. It gets its name from the “clout” or cloth that you use to wrap the pudding in before boiling. Stolen by Fergus McFungus, this is the top-secret recipe taken from The Splotter’s Guide to Cooking Up Trouble.

Let us know if you try our recipe by tweeting us @DiscoverKelpies! 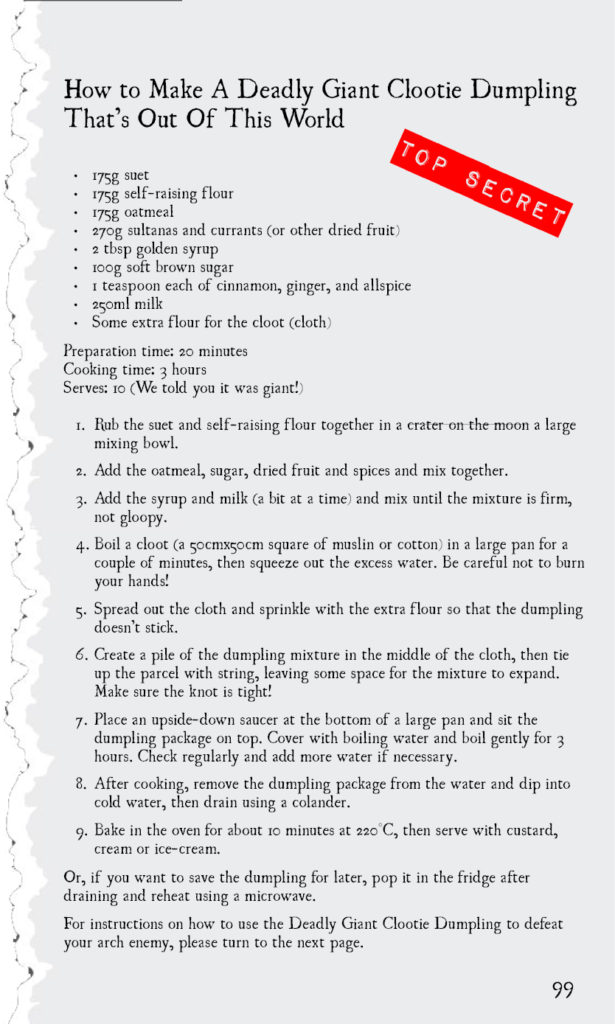 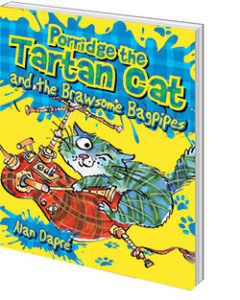 Find more of Fergus McFungus’s secret plans in Porridge the Tartan Cat and the Brawsome Bagpipes by Alan Dapré. Hopefully Gadget Grandad will be there to foil them!