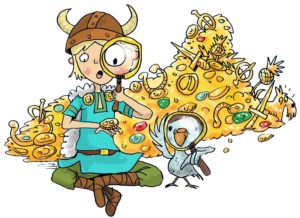 It’s almost Christmas morning, and all over the world children will soon be rushing to open their presents. But have you ever wondered what your favourite Kelpies characters might be getting up to on Christmas day? Read on to find out!

In most places they decorate trees for Christmas, but in Thorfinn’s village it’s traditional to decorate the Christmas goat. Thorfinn festoons the creature with pretty baubles and shiny glass. The other Vikings use dead rats and severed ears. It’s also traditional to catapult the goat into the fjord after they’ve finished, but, as usual, Thorfinn volunteers to take its place. He dons his swimming trunks and plonks himself on top of the catapult. “Merry Christmas, my dear friends,” he says, as the catapult is released. Thorfinn finds his yuletide dip most invigorating. 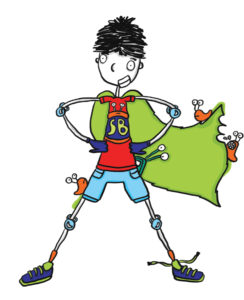 It’s 5.09am on Christmas morning and Murdo’s just getting home. He’s been up half the night foiling a festive foe called Randolph the Red-Nosed Robber. Well, maybe “foiling” is too strong a word. That sort of suggests he was in some way successful (he wasn’t). Still, Murdo isn’t about to let another failed adventure spoil his Christmas. All he needs to do now is get to bed without waking his mum… 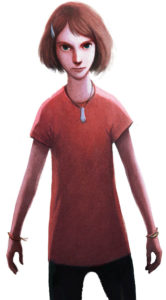 Molly
from The Beginner’s Guide to Curses by Lari Don

Molly’s paws make tiny dents on the crust of last night’s snow. She had wished for a white Christmas, hoping to test her hare-speed on a new surface. She hadn’t wished for the beast behind her. The creature she’d found chewing her stocking this morning.

Now Molly hears heavy breathing and heavier feet. It’s catching up. She feels hot breath on her neck; snow melts to water under her paws…

(Want to find out what happens next? Head on over to Lari’s blog to read the rest!) 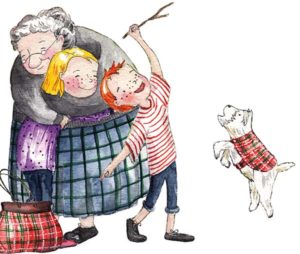 Harry and Emily are showing Wee Granny their presents.

‘Oh no,’ Mum calls from the kitchen, ‘we’ve got a power cut. I can’t cook Christmas dinner.’

‘Och, don’t worry,’ says Wee Granny, reaching into her tartan bag and bringing out a table laden with turkey and all the trimmings, trifle, mince pies and bottles of ginger wine. 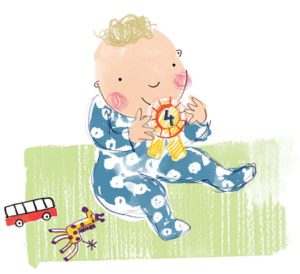 The Fourth Bonniest Baby in Dundee by Michelle Sloan

“It’s Christmas Day!” the bairns all shriek.
Our Bonnie Baby takes a peek
To see his stocking filled with sweets and toys.

A teddy, a train, some coins, a cracker,
A Santa in a shiny wrapper –
He’s chocolate! Bonnie Baby has a lick.

He rips and bites, grips Santa tight.
The chocolate melts – we thought it might!
Och no! Our bonnie baby’s in a state! 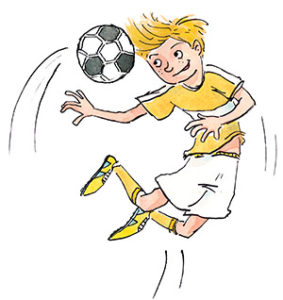 It’s Christmas morning, 6.30 am. Calum braves the cold of his bedroom to shuffle across to the window in his pyjamas. Above him, his breath hangs in the air like footballers doing bicycle kicks. “Yes,” Calum whispers, gazing out at the snow, “a white Christmas!” A few seconds later, Calum’s dad emerges from the back door. Did he get up early to build a snowman? Calum thinks before he spots three white poles, a net and a set of instructions.