Throughout the month of February, schools up and down the country are taking part in the Big Schools’ Birdwatch. The RSPB initiative aims to both encouarge young people to engage with the natural world, as well as to build a picture of the variety of different species and where they are living in the UK.

In our latest blog post, children’s book illustrator Kirsteen Harris-Jones reveals her birdwatching enthusiasm and how she finds inspiration in the natural world, especially through birds, to fuel her creative imagination and illustration work.

For Christmas last year, I asked for a little book about birds. The cover was filled with quirky water colour illustrations of robins, woodpeckers, wrens, owls, coal tits and sparrows. It was a thing of beauty and I needed it! 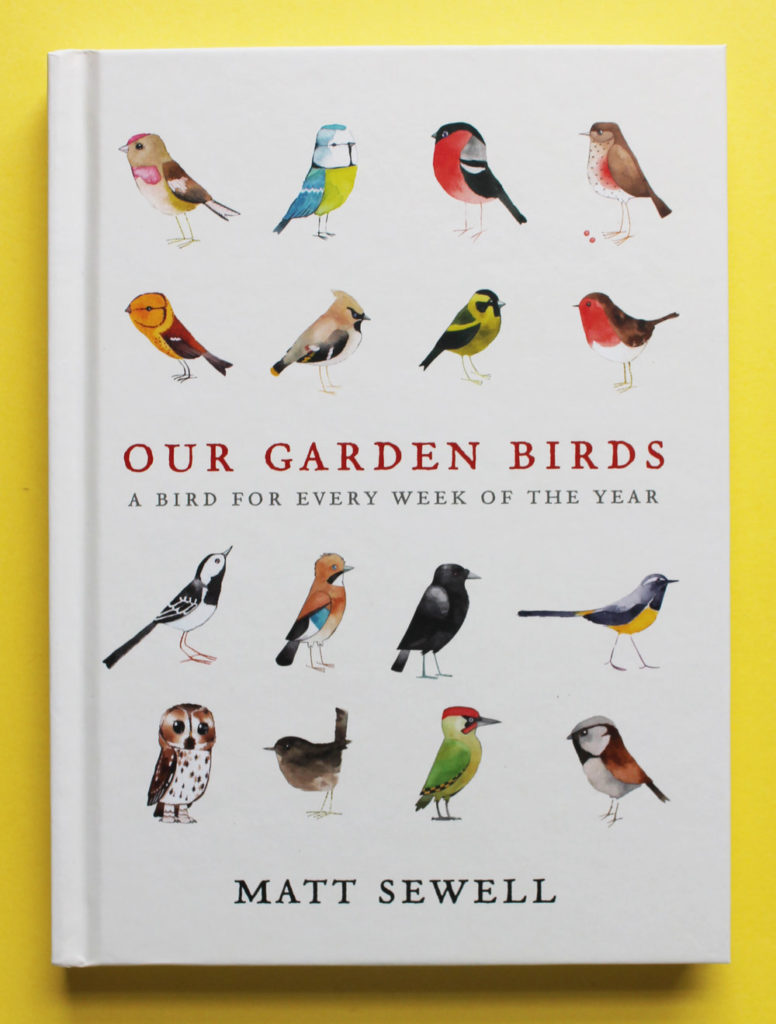 There is something really rather appealing about a little bird.  They are shaped like tiny rain drops and are begging to be drawn. They are a glimpse into our past and are the closest thing to dinosaurs we have still roaming around.

I live in Ellesmere, described as the Lake District of Shropshire, with its nine Meres and Mosses left behind after the ice age. These huge glacial caps melted where they stood leaving behind, well basically, big ponds!

This is the perfect habitat for a variety of wildlife and birds that gather here or pass through while migrating. Among these are teal, tufted duck, great crested grebes, Canada geese, and even a great white egret and osprey called Monty, who passes on his way to his regular nesting ground in Macynlleth Mid Wales.

He caused quite a stir last year and made the front of the local newspaper by taking on two partners. He caught fish for both his ladies, who both successfully hatched chicks. 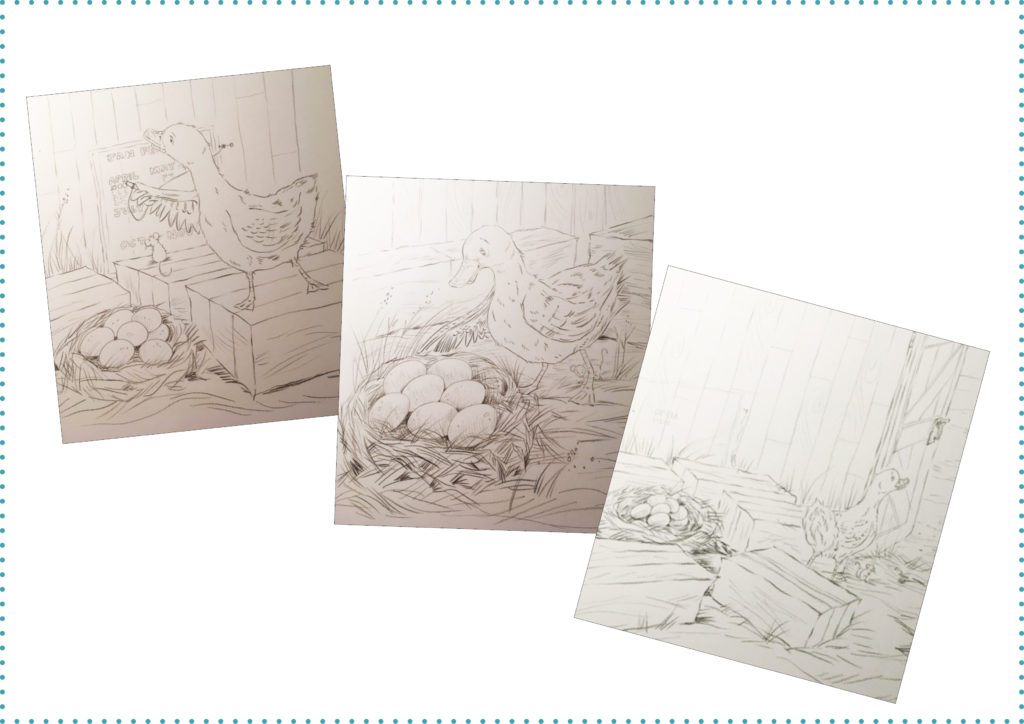 Some of Kirsteen’s sketches of birdlife

The Boathouse on the mere is a great place to grab a coffee and a slice of cake, while watching the nesting herons, sometimes seen on ‘Heron cam’ live during Spring. Watching the chicks hatch each year is simply magical. I live in Bird Central!

My reference material is all around me and I love to photograph and sketch the geese and ducks of almost every variety.

I could watch pied wagtails for hours with their little tails bobbing along and of course I have hundreds of photographs of the swans and their little signets during the summer months. 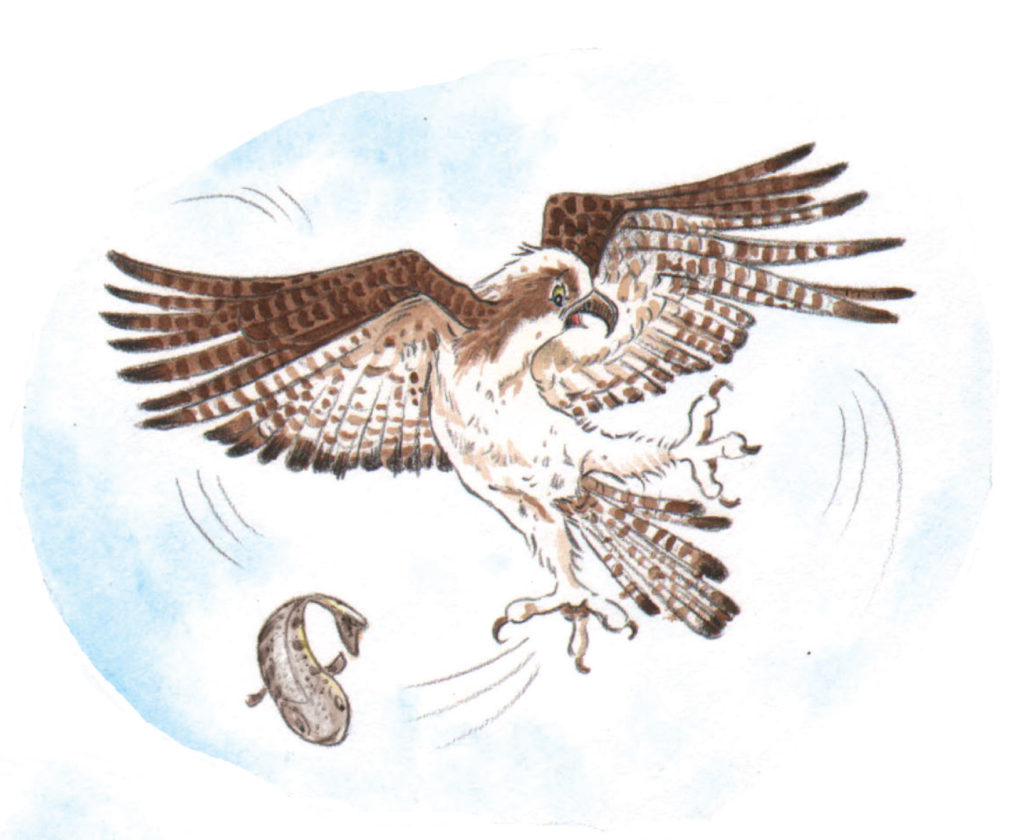 An illustration from Ollie and the Otter

Although sketching outdoors live is great, I use photographs as reference points once I’m back at my studio and illustrating. They were invaluable while illustrating, Ollie and the Otter and The Grouse and the Mouse. Wings are always an issue as to which way they bend and move when in flight. So photo’s are a great way to check you have it right!

There really is nothing better than getting up early, especially on the onset of the Spring and Summer months. You can stand with a cuppa by your back door, simply listening to them, all chattering to one another. To me, it signifies the onset of better weather and a new beginning. 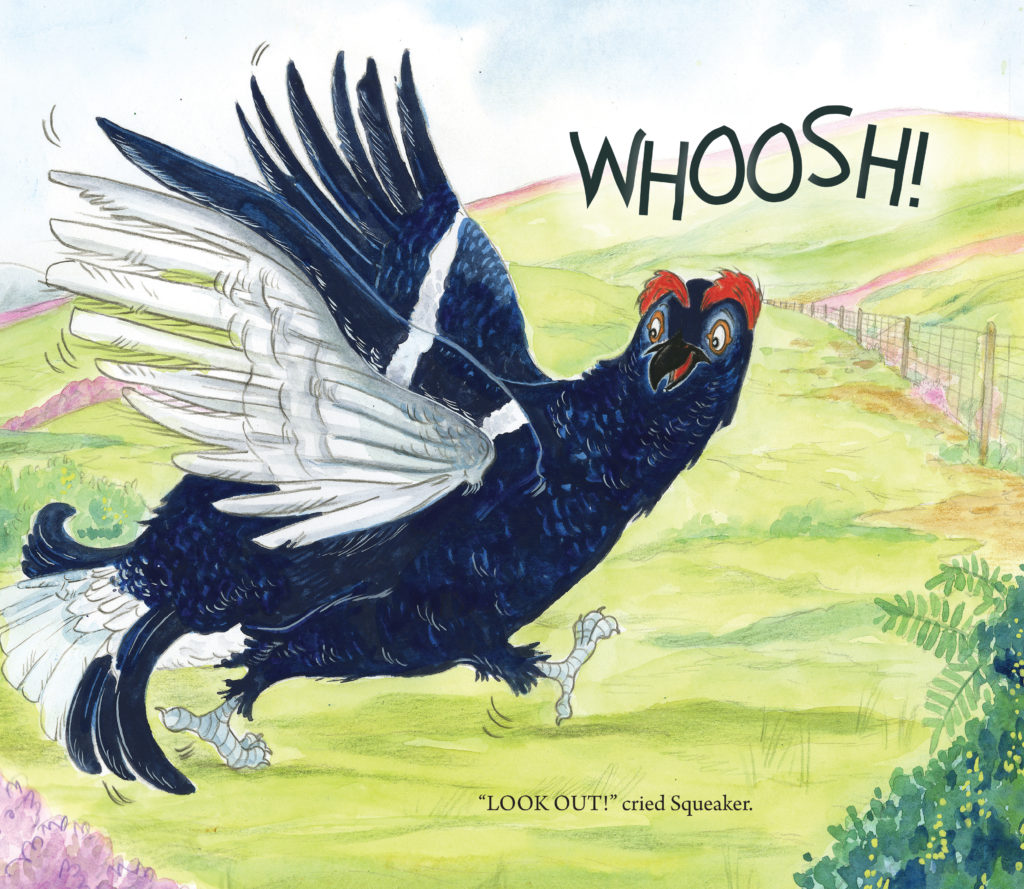 An illustration from The Grouse and the Mouse

In the summer months I disappear in the late evening with a good book and glass of something sparkly to the top end of my garden, where I have a very comfortable hammock. It’s not long before I’m sent off to sleep by the sound of bird song.

Birds really are quite lovely creatures and I think we largely ignore them, which is a bit sad. We really need to take a time out and pay them some attention they really are the loveliest things!

Kirsteen Harris-Jones completed a BA in children’s illustration for publishing, and has worked in advertising, graphic design and animation. She’s now a freelance artist living in Shropshire with her husband and three children. She is the illustrator of Picture Kelpies Ollie and the Otter, The Grouse and the Mouse and No Such Thing As Nessie!