Bobby, the lively wee puppy from Edinburgh, has lots of friends  local policeman John Gray, the children at Heriots School and an orphaned boy called Sandy  but he still longs for a home of his own. Will friendship give Bobby the family he hopes for?
The true story of Greyfriars Bobbys loyalty, which lived on long after his masters death, is celebrated the world over.
Readers of all ages will be moved by this heart-warming tale of Bobbys life as a young puppy and how he became the worlds most famous dog.

'The story of the faithful Skye Terrier who sat by his master's grave for many years is widely-known. This sweet book, with many delightful illustrations, tells the story, developing from Bobby's early days to his final resting place near John Gray's grave. This will be a delight for young children, and would be an ideal present.'
-- The Edinburgh Reporter

'Both the words and pictures of this book bring 19th century Edinburgh and its landmarks vividly to life. It is an affectionate portrait of a much-loved character and would be a perfect gift for fans of Scotland's capital, but it is also a hopeful story about friendship that will appeal to readers of all ages -- whether they have travelled to Greyfriars Kirkyard to lay sticks on Bobby's grave, or not.'
-- Roaring Reads 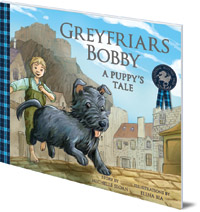 Michelle Sloan was born and brought up in Edinburgh but now lives with her family in sunny Broughty Ferry near Dundee. She trained as a primary school teacher and has also studied drama and arts journalism. The Fourth Bonniest Baby in Dundee is her first… 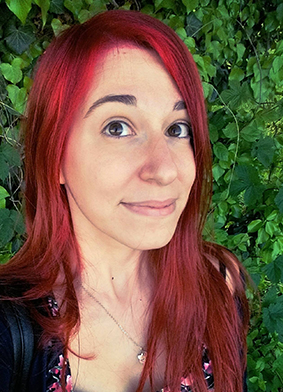 Elena Bia is an artist and illustrator based in Turin, Italy, where she studied at both the Academy of Art and the International School of Comics. She has illustrated numerous projects and is a teacher at the Academy of Fine Art and Media in Novara,…