With its turrents and pink-tinted walls, Craigievar Castle in Aberdeenshire is reputed to be one of the models for Walt Disney’s Cinderella castle.

In 1648 Sir John Forbes became the laird of Craigievar Castle. Because of the colour of his hair, he was known as ‘Red’ Sir John. You can find Sir John’s personal motto in a number of places within the castle:

This story might explain why he chose those words. 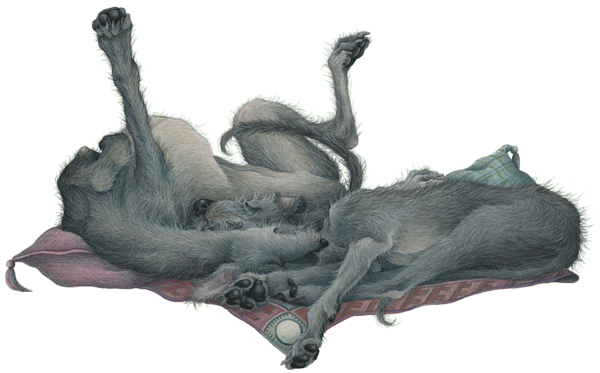 The master of the hunt at Craigievar Castle was not an unkind man. The animals in his care were well looked after. The horses had hay, the hawks had meat, and the hounds, Ferelith and Fintray, had bones to gnaw. As particular as the Master was with the health of the animals, so was he also very firm as to where they slept at night.

He was fond of saying: “The horse to its stable. The hawk to its perch. The dog to its kennel.” 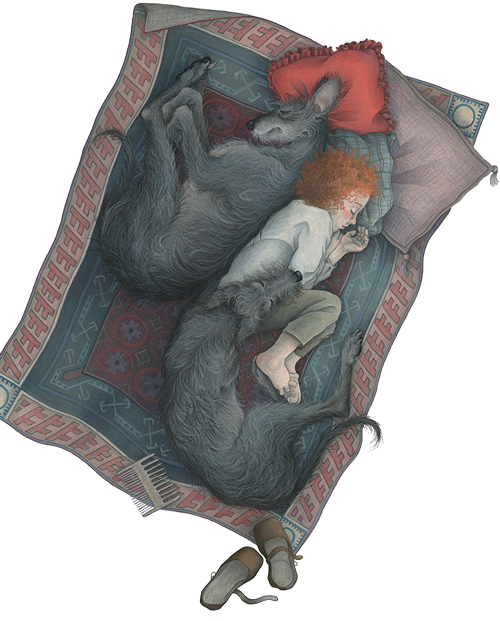 The last remark did not please the boy child of the Laird of Craigievar Castle. Young John Forbes adored the two hounds. And his favourite thing to do of an evening was to bring Ferelith and Fintray into Craigievar Castle, where he’d lie cuddled up with them as they slumbered in front of the fire.

One evening in the depth of winter, when the wind was blowing from the north and the weather turned bitterly cold, young John Forbes begged his parents not to waken the sleeping dogs, but to let them stay in the castle.

When his mother shook her head, young John glared angrily at her and stamped his feet loudly upon the floor. 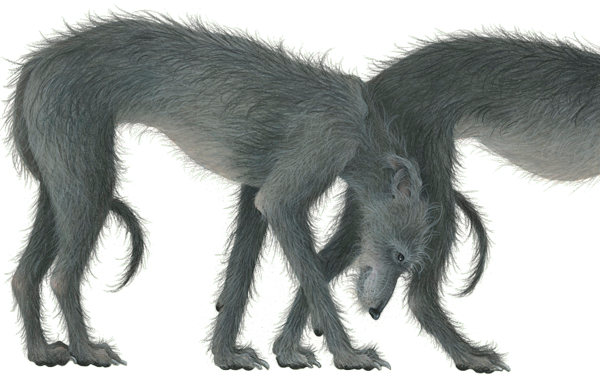 “Nay, nay,” said John’s father. “The hounds must go to their kennels, for I am more afeard of the wrath of the Master of the Hunt than I am of your red temper.”

And he wakened Ferelith and Fintray from their sleep, chased them out of the front door and locked and bolted it.

Later that night, the howling of the hounds awoke the Master of the Hunt and caused young John’s parents to open the door of Craigievar Castle to find out what was happening.

“The dogs are going mad.” The Master spoke in a worried voice. “They sense that something is amiss, but there’s naught wrong that I can see.”

“Look!” Young John’s mother screamed, pointing to small footprints in the snow – footprints of bare feet wandering away from the castle towards the hills and the heart of the storm…

Will Ferelith and Fintry find Young John Forbes in the snowstorm? Find out in An Illustrated Treasury of Scottish Castle Legends by Theresa Breslin and Kate Leiper.