Scone Palace, and the Moot Hill, which is just beside it, have a long history going back to the time of the ancient Picts. Scone was considered a sacred place, with many myths and legends linked to the famous Stone of Destiny – also known as the Stone of Scone. For centuries the Kings of Scotland were crowned on Moot Hill while seated upon this stone. 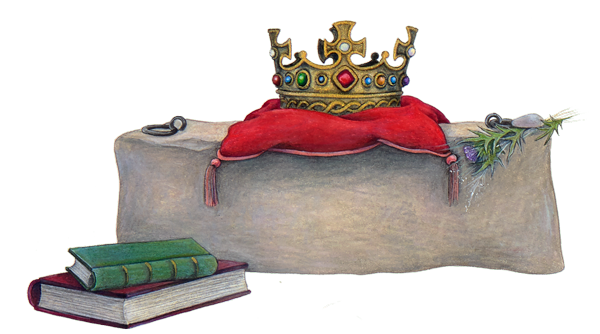 In the days when Scotland was an ancient kingdom, two boys were born of the same mother on the same day and within the same hour. Twin brothers. 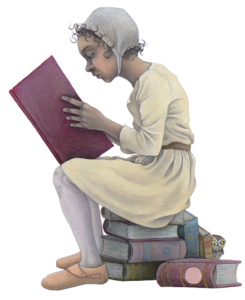 The first-born child’s face was wrinkled – as many a babe’s face is when it arrives into this world. His father gazed at him proudly and said: “He looks like a person of wisdom. Let us call him Wallace and hope that he will be wise.” 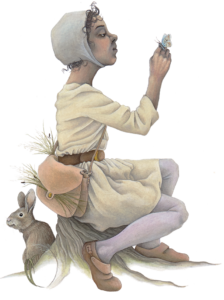 When the second son was born he opened his eyes and smiled happily. His mother gazed at him fondly and said: “He looks like a person of goodness. Let us call him Garroch and hope that he will be good.”

And, it seemed as though they had been aptly named, for Garroch was kindly and Wallace was studious, and in time, the twins came to be known as ‘Wallace the Wise’ and ‘Garroch the Good’.

Because they looked so similar, folk would sometimes ask Garroch a question. If he noticed this, Wallace would run over quickly and say: “My brother will not know such a thing. I am the one who can answer your questions, for I am Wallace the Wise.” He bought himself a plaid with a Pictish pin, and a hat with a fine fancy feather so that he might appear more distinctive and intelligent.

His fame spread, and soon it came to the ears of the King. He thought that if Wallace became any more popular then people might start to look on him as their leader – they might even want to crown him as their King! He became uneasy and made a plan to bring Wallace down. He devised a test which no person on earth could possibly pass. And then he wrote a letter and sent it to Wallace the Wise.

Upon reading the King’s letter, Wallace’s face turned pale. He began to tremble in fear.

“The King has summoned me to Moot Hill where tomorrow he will sit upon the Royal Stone of Scone and ask me three questions. If I cannot answer all three, he will cast me into his deepest dungeon for fifty years!”

“You are Wallace the Wise,” his brother said. “You will find an answer for any question the King might ask.”

What three impossible questions will the King ask? Will Wallace the Wise be able to answer them? Find out in An Illustrated Treasury of Scottish Castle Legends by Theresa Breslin and Kate Leiper.