DiscoverKelpies > The Mysterious Monster in the Castle of Glamis

The Mysterious Monster in the Castle of Glamis

Glamis Castle, seat of Shakespeare’s Macbeth, was also the childhood home of Elizabeth Bowes-Lyon, wife of King George VI, mother of Queen Elizabeth II and great-grandmother of Princes William and Harry. Glamis has been home to the Lyon (later Bowes-Lyon) family since the fourteenth century.

Many myths and legends surround this historic castle, including stories of a mysterious monster that lives in a hidden room by day, but creeps around at night… 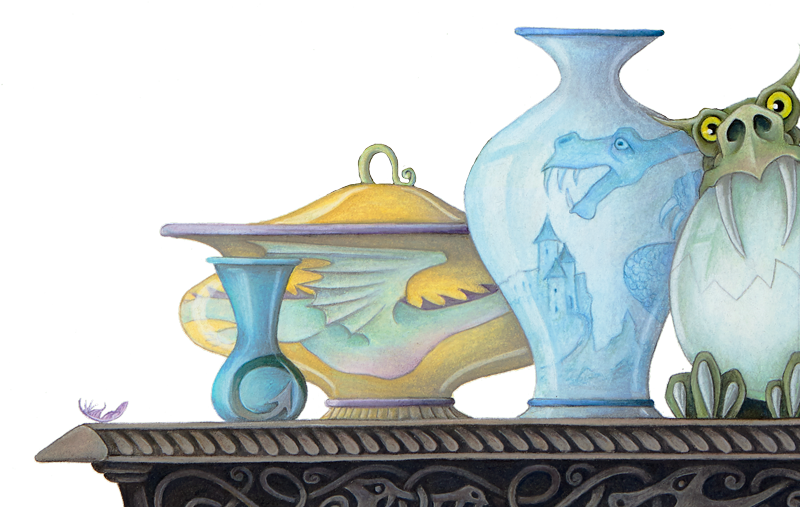 They say that there is a mysterious monster in the Castle of Glamis.

They say that at night the monster haunts the castle. Carrying a lit candle, it creeps along the corridors, prowls past the pantries and skulks through the sitting rooms. From basement to battlements it roams, until morning comes. Then it lumbers back to its hiding place.

They say that the monster has been glimpsed in many different parts of the castle. The end of its purple tail was spied whisking around the corner of the Victorian dining room. Two eyes were spotted glowing from the visor of the suit of armour in the crypt. And huge, three-toed footprints were squashed into the deep pile of the famous Persian carpet.

The staff of Glamis Castle are kind to the monster. So that it will not go hungry, they often leave out a plate of food before they go to their own homes. They pile up haggis and neeps, shortbread, and a wee bannock or two. 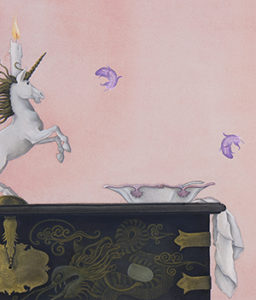 By morning when they return, the plate is empty…

Could there REALLY be a mysterious monster in the Castle of Glamis? Find out in An Illustrated Treasury of Scottish Castle Legends by Theresa Breslin and Kate Leiper.