No one could help Prince Donald find his smile until his friend Hana, the magician's granddaughter, had an idea. Using her grandfather's magic, she created a majestic creature with the body of a horse and the horn of a gazelle, and called him 'a unicorn'.

As Hana and Donald play and chase the unicorn through the forest, it seems that this magical animal might hold the key to the prince's smile. But what is that fierce beast lurking in the trees?

The unicorn, magical and strong, is Scotland's national animal and heraldic symbol. Inspired by local folklore, renowned author Lari Don weaves an enchanting origin tale of the first unicorn, which is brought to life by Natasa Ilincic's rich illustrations. 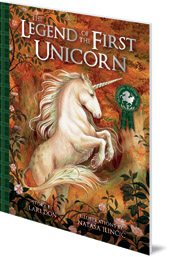 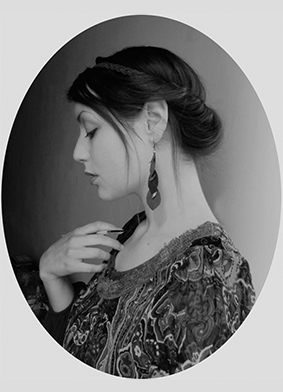 Natasa Ilincic is an artist and illustrator originally from Croatia and now living and working in Edinburgh. She is particularly inspired by magic and folklore. She is the illustrator of The Treasure of the Loch Ness Monster and The Legend of the First Unicorn.