DiscoverKelpies > Folk and Fairy Tales > Why Do We Still Tell Fairy Tales? 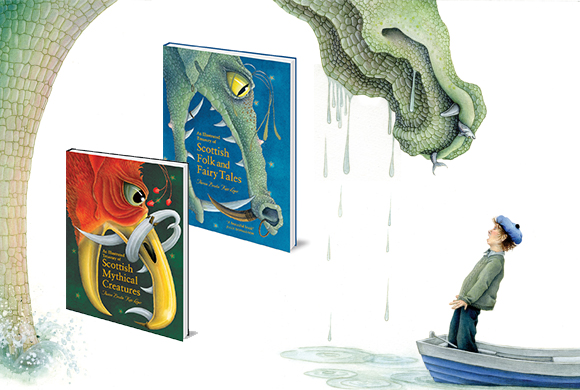 Once upon a time, there was a mother who told a story to her infant son. The story was full of magic, danger and adventure, but in the end they all lived happily ever after. In turn, the son grew up and had children of his own. He told his children the story his mother had told him, and when they grew up, they told the story to their children. And so the story grew and changed with each retelling – every generation added something or changed something. But the essence of the story remained: it always started with “Once upon a time” and it always ended with “happily ever after”.

The story was a fairy tale, and fairy tales are, to this day, some of the most beloved stories in existence. Recent years have seen a wealth of TV and movie adaptations (think of the ABC TV series Once Upon a Time, and Disney’s recent adaptation of Cinderella). So why do we still tell fairy tales? Why, over 200 years later, do the stories of the Brothers Grimm and Hans Christian Andersen remain a staple of our cultural heritage? 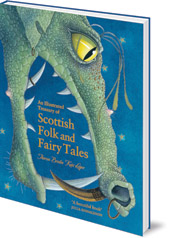 Every country has its own tradition of folk and fairy tales. Scottish culture is rich with folklore and mythological creatures which have sometimes been overlooked. Everyone has heard of the elusive Loch Ness Monster, but may not know much about selkies, brownies, kelpies and the fearsome dragon stoorworm. 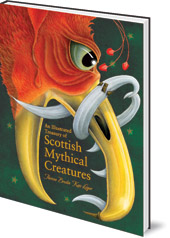 Theresa Breslin has explored the folk tales from this rich heritage and brings Scottish mythology to life in two stunning collections, accompanied by otherworldly illustrations from artist Kate Leiper. You may find a few familiar stories; Rashie Coat is a story about a poor girl who is given beautiful clothes and some very special slippers, and The Wee Bannock who runs away from the guid-wife and the guid-man is the cousin to the gingerbread man who did the same.

Some fairy tale plots may seem simplistic – a princess meets her prince and lives happily ever after – but beyond this apparent simplicity there are more complex tales and characters that have to work through dilemmas which we all face. You may not be a young woman attempting to escape your evil stepfamily amid your heap of chores, but you will probably be able to relate to at least some of the feelings and emotions expressed. We continue to read fairy tales as they allow us to escape into another world, while still remaining relevant to problems and situations we face every day. Fairy tales are still rooted in reality, just not necessarily the one we live in right now.

For adults, fairy tales provide us with a sense of nostalgia and familiarity; for children, they are a way to visit another world and help to liberate their imaginations. When it comes down to fairy tales, it’s all about the way you tell it. And that’s why they’ll continue to be popular for a long time.

Author Interview: Alan Dapré Alan Dapré is the author of over fifty books for children. He has also written over one hundred television scripts,…
#FlorisDesign meets Kate McLelland From wee lassies to midgies and nessies, Kate McLelland has illustrated many Kelpies books. Now she's launching a new picture…

#FlorisDesign Illustrator Interview – Alfredo Belli Today is the 270th anniversary of the Battle of Culloden. Based on the famous Skye Boat Song, and with stunning…