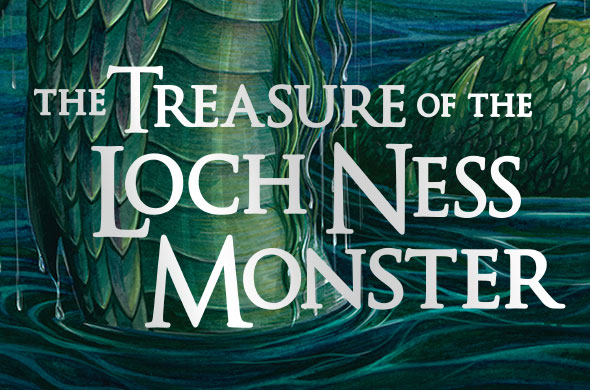 The Treasure of the Loch Ness Monster: Cover Reveal!

Apparently 2017 was a record year for Loch Ness Monster sightings. We predict 2018 will be even better…

We’re so excited to reveal the cover for The Treasure of the Loch Ness Monster. Our latest Traditional Scottish Tale brings together Lari Don‘s unique storytelling with stunning illustrations from Natasa Ilincic. This is the first ever Nessie picture book based on real folklore from Loch Ness. You can #TreasureNessie with us from March 2018.

“That’s just a story. It’s not real. It’s no more real than the big green monster our great-grandpa claimed he saw in the loch when he was wee.” 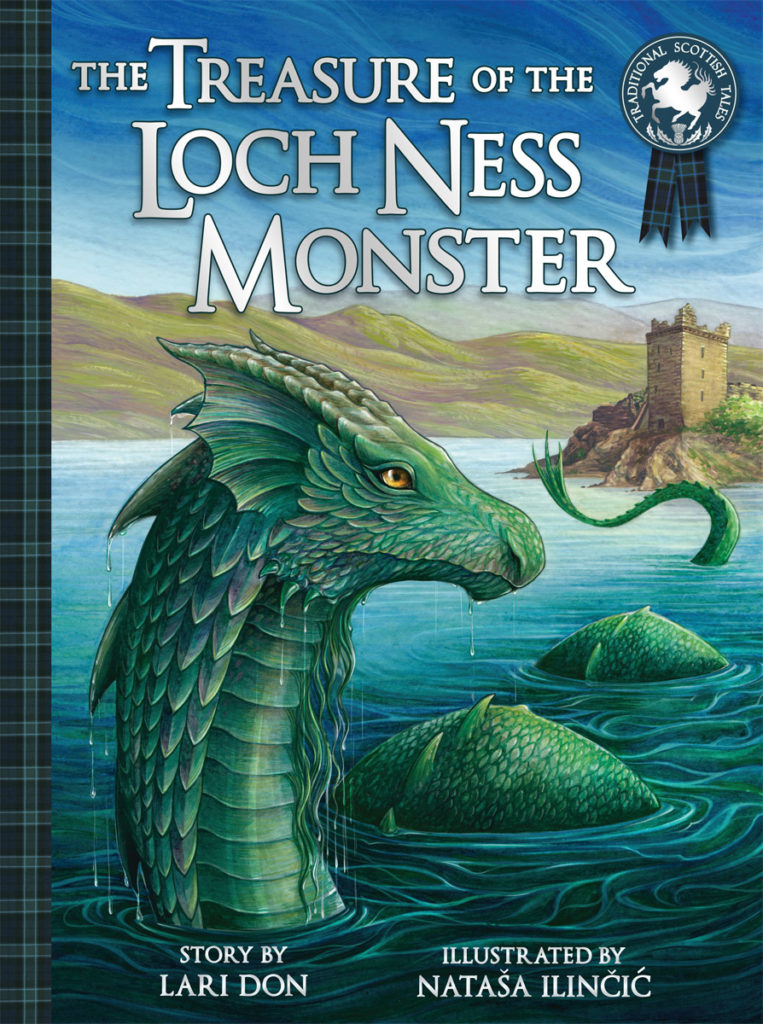 More about The Treasure of the Loch Ness Monster 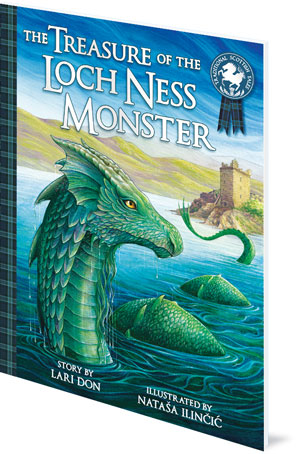 Legends of the Loch Ness Monster abound, but this new tale from renowned Scottish children’s author and storyteller Lari Don sidesteps the modern Nessie to create a new myth inspired by local folklore. This timeless tale of Scotland’s most famous creature is atmospherically brought to life by Natasa Ilincic’s stunning illustrations.

Kelpies Design & Illustration Prize 2017 Kelpies Design & Illustration Prize 2017 – now open! Are you a designer or illustrator based in Scotland? Ever wanted…
The Secret of the Kelpie in Scotland Every loch in Scotland, however beautiful, has its cold, dark depths. And every loch in Scotland has its kelpie. But…
Guest Post: Searching for Unicorns by Lari Don Have you ever been surprised by a unicorn? In today's guest blog, Lari Don explains why Scotland has so many…
Standing out from the crowd: How to impress the Kelpies Prize for Illustration judges! Entrants to the Kelpies Prize for Illustration are asked to submit…
Guest Post: Imagining Unicorns by Nataša Ilinčić In today's guest post, illustrator Nataša Ilinčić takes us through the process of creating her latest picture book, The Legend…
Are you Brave? Discover our Spooky Reads! Do you like scary stories? We do! Delve into our range of spooky reads, perfect for middle-grade readers (with something…