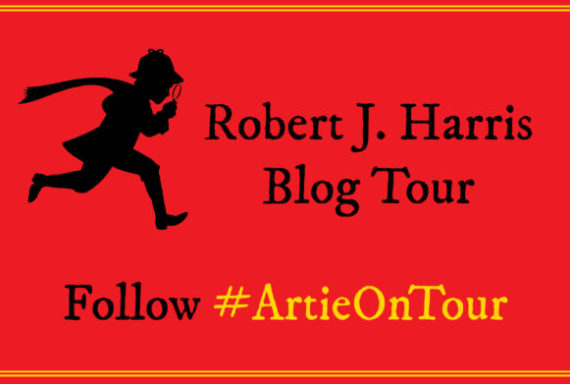 Posted on 16/03/2018 in Artie Conan Doyle and the Vanishing Dragon Robert J. Harris

Calling all amateur sleuths, budding detectives and eager bookworms – the wait is over! The second book in the Artie Conan Doyle Mysteries is publishing on 22nd March! To celebrate, author Robert J. Harris is going on a blog tour, visiting some of our favourite bookish blogs. Watch out for magic, mysteries and marvellous chat.

Read on to find out where Bob will be visiting on his spectacular tour. 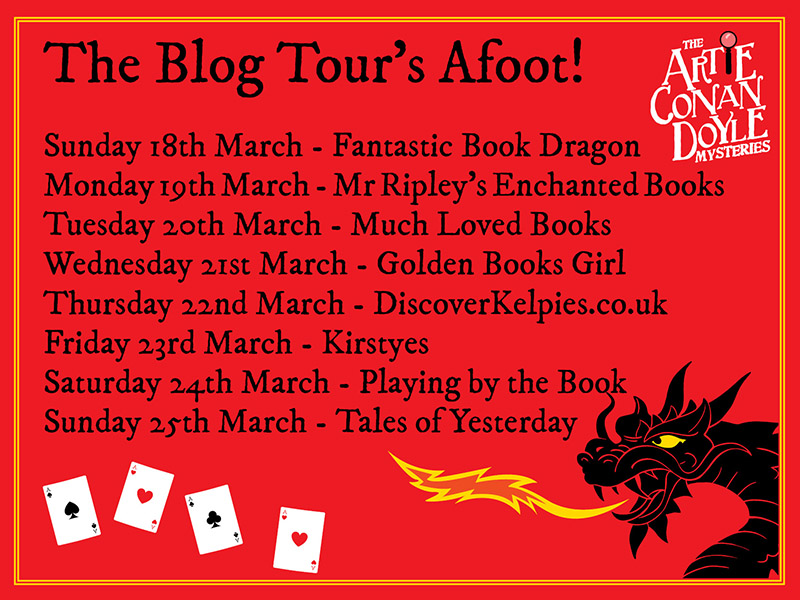 A ghostly lady in grey. The paw prints of a gigantic hound. Naturally, this case can only be solved by the world’s greatest detective. 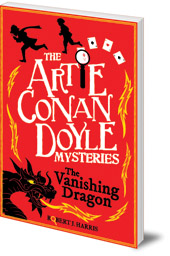 When the huge mechanical dragon created for the show vanishes, the theft appears to be completely impossible. Artie must reveal the trick and unmask the villain or face the deadly consequences. Yet as the cards have been dealt, the spell has been cast, and the game is afoot once more!

Odin Blew Up My TV! extract Can't wait to get the book? Read an the first chapter of Odin Blew Up My TV! right here!  …
Features for Teachers: Organising a book sale for… If you have an author visit coming up, giving your pupils the chance to buy books is a great way…
Extract: Artie Conan Doyle and the Scarlet Phantom Priceless stolen jewels. An invisible criminal. This case can only be solved by the world's greatest detective. No, not Sherlock…
The Boy with the Butterfly Mind: Blog Tour To celebrate the launch of The Boy with the Butterfly Mind, author Victoria Williamson has been busy in the blogosphere…
Are you Brave? Discover our Spooky Reads! Do you like scary stories? We do! Delve into our range of spooky reads, perfect for middle-grade readers (with something…
Greyfriars Bobby – Reimagining a Legend In this guest post, author Michelle Sloan discusses how she went about reimagining a world-famous Scottish legend for her brand…