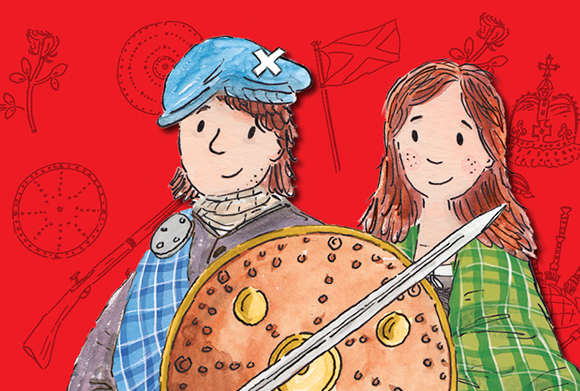 Features for Teachers: The Dangerous Lives of the Jacobites

Who were the Jacobites and what were they fighting for? Step into the shoes of siblings Rob and Aggie, young Jacobites living in the Scottish Highlands in 1745, the year of the final Jacobite Rising, with The Dangerous Lives of the Jacobites by Linda Strachan and Darren Gate.

From the battlefield to the croft, each easy-to-read chapter mixes Rob and Aggie’s stories with timelines, maps, diagrams and illustrations to create a fact-tastic account of the Jacobite Risings, which is both fun and emotionally engaging for younger readers – The Dangerous Lives of the Jacobites is a great addition to your Jacobites class projects!

How to Draw a Jacobite 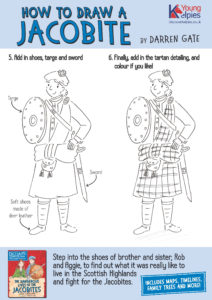 Looking for some Jacobite-themed decor for your classroom or library? We’ve produced these great posters which show the route taken by the Jacobite army during the 1745 rising, as well as the locations of all major battles from all the Jacobite risings! You can download the pdf below to print your own, or contact us to request physical A2 posters (while stocks last). 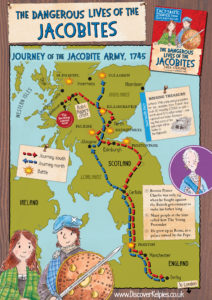 Many songs have been written about the Jacobites and Bonnie Prince Charlie, both at the time of the Risings and afterwards, in Gaelic, Scots and English. Why not put on a performance in class as part of a Jacobites project? Check out this blog post for two examples from The Dangerous Lives of the Jacobites.

About The Dangerous Lives of the Jacobites 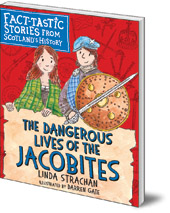 “I ran forward, yelling, with all the other Highlanders. I didn’t have time to think about how scared I was.”

Step into the shoes of brother and sister, Rob and Aggie, to find out what it was really like to live in the Scottish Highlands and fight for the Jacobites. 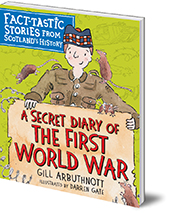 “I’m going to war. I can hardly believe it. Yesterday I was delivering rolls and newspapers as usual, and today I’ve been called up to go to France and fight.”

Step into the boots of 14-year-old soldier James Marchbank to find out what the First World War was really like.

Take a journey through time and discover all the most important and incredible bits of the First World War.

Inspired by the real-life diary of a Scottish boy soldier.

Features for Teachers: Jacobite Songs   Many songs have been written about the Jacobites and Bonnie Prince Charlie, both at the time of the Risings…
Features for Teachers: The First World War If you’re a teacher with a First World War project coming up, we’ve got some ideas and resources that might…
Standing out from the crowd: How to impress the Kelpies Prize for Illustration judges! Entrants to the Kelpies Prize for Illustration are asked to submit…
What is a synopsis... ... and how do I write one? As part of the Kelpies Prize for Writing, we ask entrants to send…
Are you Brave? Discover our Spooky Reads! Do you like scary stories? We do! Delve into our range of spooky reads, perfect for middle-grade readers (with something…
Guest Post: Hannah Foley on life as a writer and a nurse We are immensely proud to be working with Hannah Foley, who is not only an author and illustrator, but is…