Range: Young Kelpies eBook 152 pages 50 b/w illustrations ISBN: 9781782502838 Publication date: 18th August 2016
Genres: Humour, School, Sport Themes: Bullying, Empathy Ideal for ages: 6, 7 and 8 Scotland Stars FC series
'Ferguson picks up the ball inside the Scottish half and he's off. He skips round England's Dawes. . . nutmegs Bryan. . . shoots. . . and SCORES! Goal for Scotland in the 89th minute of this World Cup quarter-final! England are on their knees. Ferguson sends the Scottish fans crazy. What a player!'

Tensions are rising in the team as Jordans crew become jealous of the attention Calum and Leo are receiving from the scouts.
Mr McKlop gives them one last chance to prove they can still be a team -- a military-style away day full of stunts, trials and loads and loads of MUD!
Can they settle their differences and survive Sergeant McCradge's gruelling challenges? Will they learn how to pull together in time for the playoffs? 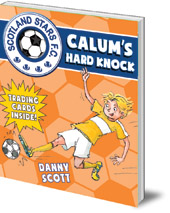 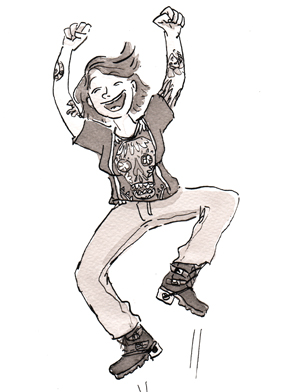