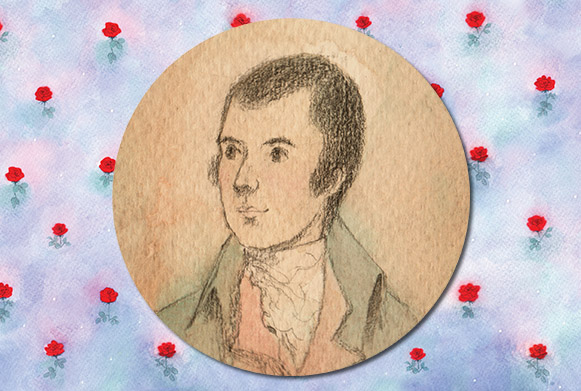 On 25th January, people in Scotland and around the world will celebrate the birth of “Scotland’s Bard” Robert Burns. We’ve put together some fun facts about Scotland’s national poet, perfect for getting your pupils excited about Burns Night!

2) He came from a small village called Alloway near Ayr in southern Scotland. You can visit the house he was born in; it’s now the Robert Burns Birthplace Museum

3) When he was working as a farmer in Alloway, Robert Burns often made up rhymes and poems while he was outside in the fields.

4) You may know some of Robert Burns’ most famous poems and songs, like To a Mouse, Tam o’Shanter and Auld Lang Syne, which people all around the world sing at New Year. Our personal favourite is My Luve’s Like a Red, Red Rose. You can read an extract here.

5) Burns Night is traditionally celebrated with a Burns Supper. People eat haggis, neeps and tatties (yum!), often accompanied by a dram or two of whisky, and lots of Robert Burns’ poems and songs are performed. Why not learn some Robert Burns poems with your class?

6) American musician and Nobel Prize for Literature winner, Bob Dylan, was heavily inspired by the work of Robert Burns, particularly by My Luve’s Like a Red, Red Rose! 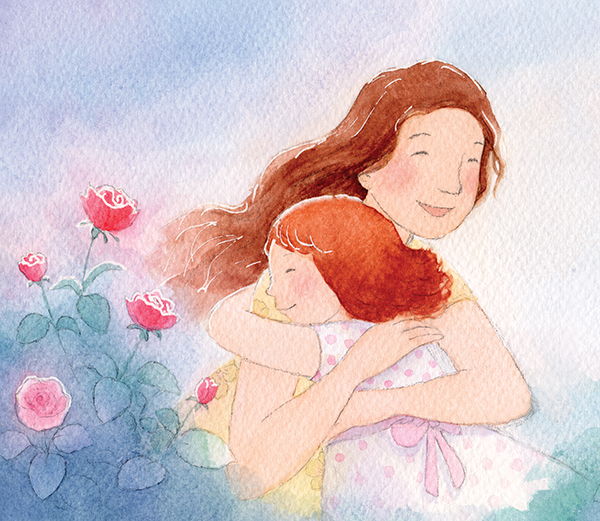 Our version of My Luve’s Like a Red, Red Rose, beautifully illustrated by Ruchi Mhasane, looks at the classic love song in a new light. The lyrics have been re-imagined to explore the special love between a parent and their child. Featuring everyday scenes, from playing in a garden to splashing in the sea, each scene is inspired by Burns’ original, eloquent words. You can read more about it in our guest blog for BooksfromScotland.com.