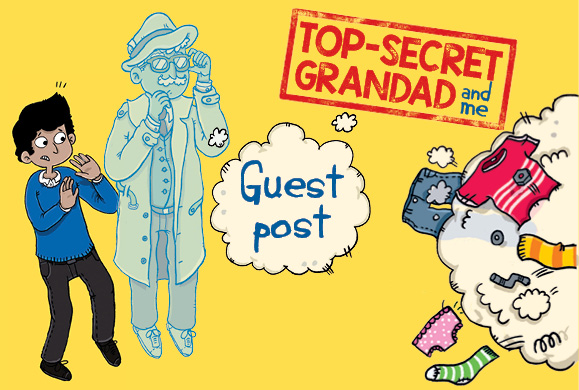 Many great detectives have a sidekick, or work in a team. Think Mulder and Scully, Charlie’s Angels, Scooby Doo and his gang, and loads more! Read on to find out my top 3 all time favourite detective teams. 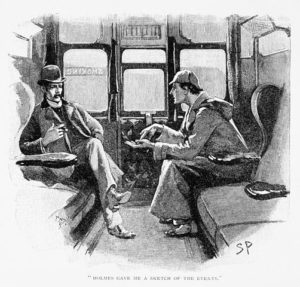 Sherlock Holmes had Doctor Watson, who followed Sherlock about on his adventures and then wrote about them. In the books, Watson was far from the bumbling fool you sometimes see in the movies, but he was still miles behind Holmes’s lightning-quick mind. 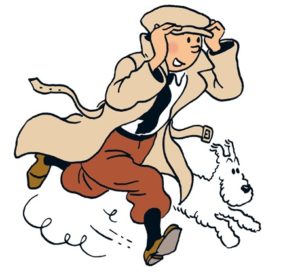 Tintin and his little dog Snowy.

Then there was Tintin and Snowy. Tintin was a young investigator with a quiff, who tracked down criminals with selfless bravery and determination. Snowy, his feisty little dog, often proved himself more useful than Tintin’s other sidekick, Captain Haddock. 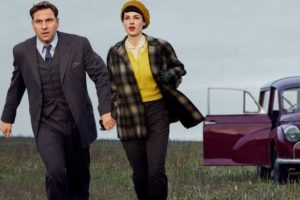 Tommy and Tuppence: The husband and wife detective team created by Agatha Christie.

And then there was Agatha Christie’s ‘Tommy and Tuppence’. This was not, as it might first seem, about some bloke called Tommy who was wondering what to spend the last of his pocket money on. Tuppence was actually a girl. Tommy and Tuppence went around solving mysteries together, and since their first adventure in 1922 they became one of the great crime writer’s finest creations, despite the total flop of the 2015 BBC adaptation.

Quite often only one of the team does the actual detecting, working out what’s going on from all the different clues. For example, Sherlock. The other has different roles. Sometimes, like with Doctor Watson, it’s the sidekick who tells the story. Sometimes they provide the brawn, and sometimes they just exist to make the main detective look clever.

As for Jay Patel, his sidekick is his annoying ghost Grandad. Half-Scottish and half-Indian, he hates being a ghost and finds it difficult doing all the things you expect ghosts to be good at, like walking through doors. He does have ghostly skills however. And he also has the one great talent that all the rest of the famous detectives would die for – he’s invisible. Jay is the brains of the outfit, but Grandad’s invisibility and his ghostly skills make this crime-fighting team that little bit special.

Find out more about Jay Patel and his ghostly grandad in Top-Secret Grandad and Me: Death By Tumble Dryer! We’d love to know who your favourite detective duos are, let us know on Twitter with #TopSecretGrandad! 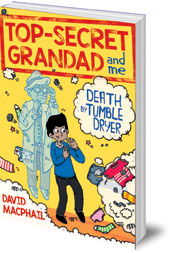 The Otherwhere Emporium: Read an Extract The Nowhere Emporium has returned. In the following extract, Daniel Holmes, the owner of the Emporium, has just finished writing…
The Boy with the Butterfly Mind: Blog Tour To celebrate the launch of The Boy with the Butterfly Mind, author Victoria Williamson has been busy in the blogosphere…
Are you Brave? Discover our Spooky Reads! Do you like scary stories? We do! Delve into our range of spooky reads, perfect for middle-grade readers (with something…
Extract: Artie Conan Doyle and the Scarlet Phantom Priceless stolen jewels. An invisible criminal. This case can only be solved by the world's greatest detective. No, not Sherlock…
Guest Post: Hannah Foley on life as a writer and a nurse We are immensely proud to be working with Hannah Foley, who is not only an author and illustrator, but is…
What is a synopsis... ... and how do I write one? As part of the Kelpies Prize for Writing, we ask entrants to send…