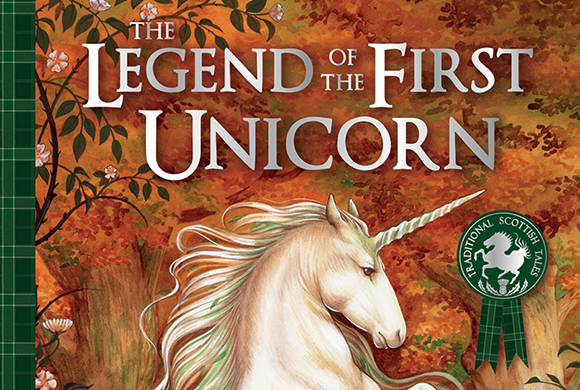 Have you ever been surprised by a unicorn? In today’s guest blog, Lari Don explains why Scotland has so many of these mythical creatures…

Once I was walking through Inverness, on my way to an event about ‘why we love monsters’, when I looked up and saw a unicorn above my head. Not flying above my head (most story-fans with unicorn T-shirts could tell you that a flying unicorn is actually an alicorn.) No, it was a bronze unicorn on a plinth. Looking as if it could happily tackle a monster itself…

So I started to wonder:

Why does Scotland have so many unicorns?

And I found an answer. Actually, I found two answers. The historical answer, and the story answer. 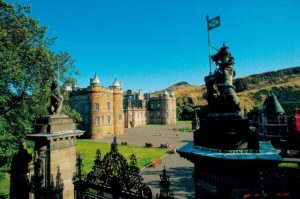 The historical reason for all those unicorns in market towns and royal palaces is that the unicorn is Scotland’s national animal. Hundreds of years ago, Scottish kings wanted to be associated with this strong, powerful, magical beast. At that time, people believed that unicorns were real, but that they lived a long way away, like lions and elephants.

The story reason can be found inside a wonderful book called The Coming of the Unicorn by Duncan Williamson: a Travellers’ tale which starts with magicians trying to cheer up a sad king by inventing an new animal, using aspects of a horse, a boar and a lion.

Now, inspired by that traditional tale, I’ve written The Legend of the First Unicorn, a picture book which explores the invention of the unicorn and explains all those unicorn statues. It’s illustrated by the wonderful and magical Nataša Ilinčić. 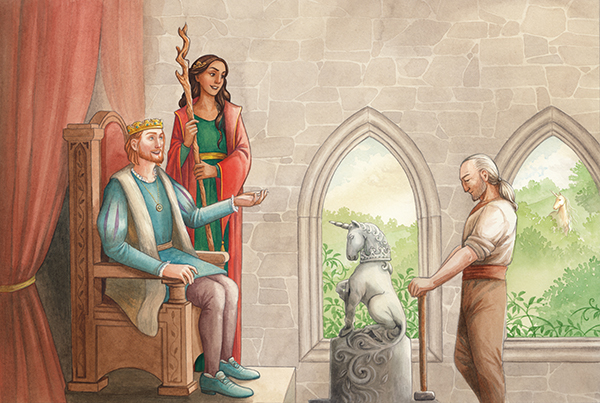 Do you have a local unicorn?

Perhaps carved on a heraldic shield, or standing on a stone plinth, or decorating an old wall? Once you start looking, you might discover a whole herd of unicorns scattered around Scotland.

Tell us about your unicorns on Twitter, Facebook or Instagram! You could even write your own story, about how a unicorn ended up as your neighbour… Don’t forget to tag @DiscoverKelpies and @LariDonWriter!

The unicorn, magical and strong, is Scotland’s national animal and heraldic symbol. Inspired by local folklore, renowned author Lari Don weaves an enchanting origin tale of the first unicorn, which is brought to life by Nataša Ilinčić‘s rich illustrations.

Not Your Typical Unicorns... The unicorns of Lindsay Littleson's latest middle grade novel are not your typical unicorns. Wild, dangerous, and hunted almost to…
The Kelpies Prize for Writing - Previous Winners The Kelpies Prize for Writing was launched in 2004 (as the Kelpies Prize). Find out more about our previous winners…
The Boy with the Butterfly Mind: Blog Tour To celebrate the launch of The Boy with the Butterfly Mind, author Victoria Williamson has been busy in the blogosphere…
Guest Post: Sisterhood by Emily Ilett The Girl Who Lost Her Shadow The Girl Who Lost her Shadow is the stunning debut novel from Kelpies Prize…
Guest Post: Imagining Unicorns by Nataša Ilinčić In today's guest post, illustrator Nataša Ilinčić takes us through the process of creating her latest picture book, The Legend…
Guest Post: Hannah Foley on life as a writer and a nurse We are immensely proud to be working with Hannah Foley, who is not only an author and illustrator, but is…