DiscoverKelpies > Awards > The Kelpies Prize > Standing out from the crowd: 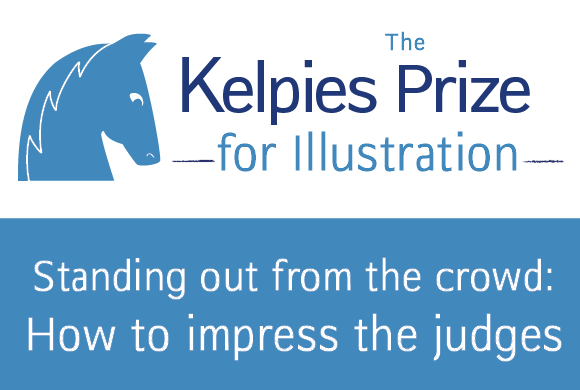 Standing out from the crowd:

How to impress the Kelpies Prize for Illustration judges!

Entrants to the Kelpies Prize for Illustration are asked to submit five illustrations for a children’s book on a particular theme. But with so much creative talent in Scotland, how do you make your entry stand out from the crowd? Here are some key elements to focus on to take your illustrations to the next level, and really impress the prize judges!

Essentially, the composition of an image is the way the individual elements are arranged. There can be lots of elements, or very few, but the way in which they’re placed on the page is important for capturing the interest of the reader.

Here are some things to keep in mind when composing your illustrations:

Great compositions lead the reader’s eye from one part of the page to another, visually guiding them through the narrative.

In this illustration of the Battle of Stirling Bridge from William Wallace: The Battle to Free Scotland, Teresa Martinez used William’s forward motion and the angle of his sword to lead the reader from William’s face in the foreground, across the spread to the skirmish on the bridge.

We pay more attention to different elements depending on where they are placed on the page. 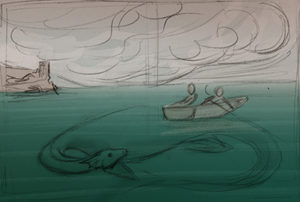 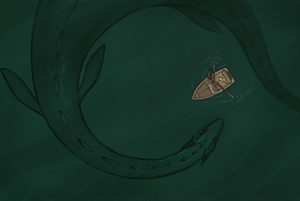 Nataša Ilinčić experimented with composition in the early stages of her work on The Treasure of the Loch Ness Monster, written by Lari Don. These thumbnail sketches show the same scene: Nessie following our main characters underneath their boat. The simple change in composition and perspective in the second image moves the emphasis to Nessie, rather than the characters in the boat.

Readers love this spread and the sense of heightened danger it evokes.

Júlia Moscardó worked with balance in this dramatic, unsettling scene in Home of the Wild, written by Louise Greig. The top two thirds of the spread is filled with dark, oppressive trees, whilst the boy in the foreground is very small in comparison. This creates the feeling that the trees of the forest are heavy above him, heightening the sense of worry and threat of the storm.

If you decide to enter the Kelpies Prize for Illustration with a series of illustrations from the same narrative, they may well contain the same character. If so, you’ll need to pay attention to character consistency.

In picture books, the more consistent the characters, the more familiar they are. Sudden changes in their appearance will distract from the narrative, so it can be a good idea to start with some character sketches. Drawing a character many times allows you to get to know their personalities, how they express different emotions, and how they move and stand. Consistent character design also helps readers to distinguish between characters, ensuring the narrative is conveyed clearly.

Stila Lim had a particularly challenging brief for Spin A Scarf of Sunshine, written by Dawn Casey. She had to ensure the characters of Nari and her little sister remained consistent as they grew older over the course of a year. She spent some time drawing the girls in their seasonal clothing, which helped to decide on their final appearance while also providing a model to work from as she illustrated the book.

The job of the illustrations in a picture book is to provide a visual narrative to support the story and to engage the reader.

The illustrations can really enhance the written narrative, and lighting has an especially powerful ability to set the tone of a scene. The Night Walk by Marie Dorléans is set at night, making it intensely atmospheric. On this spread we see the family walking through the forest by torchlight. The small pockets of illumination really enhances the wonderfully atmospheric text. 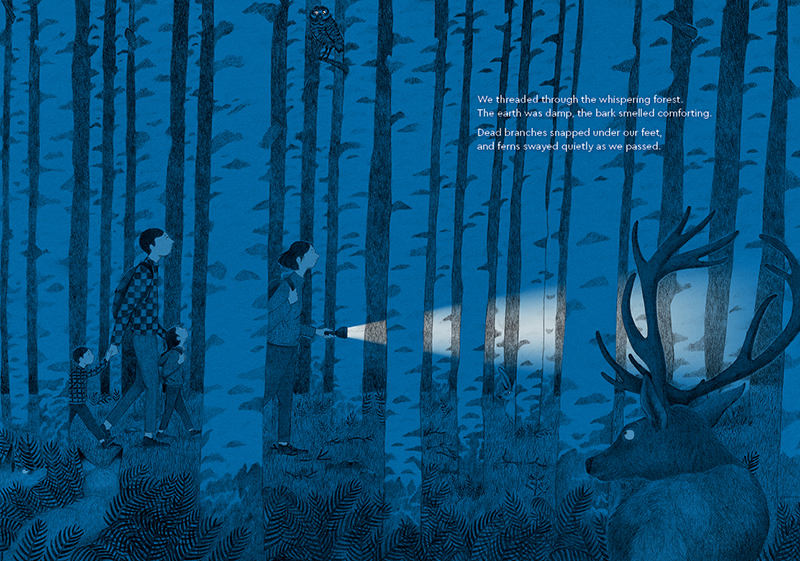 Alternatively, you could choose to contradict the written narrative with your visuals. For example, in Isla & Pickle: Best Friends, Kate McLelland uses the illustrations to undermine the straight and sensible text, adding great humour to the story.

Or, you could forego words altogether and illustrate a completely wordless narrative. Kim Jihyun’s Depth of the Lake and Height of the Sky has no text, but by carefully selecting what parts of the story to illustrate, she effectively communicates the wonder felt by a city child discovering winding forest paths, a crystal-clear lake and endless starry skies.

Best of luck to everyone entering this year’s Kelpies Prize for Illustration. We can’t wait to see your creative use of composition, character and narrative in your entries!