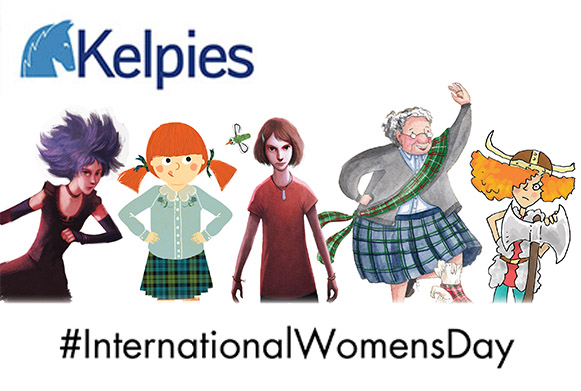 We’re really lucky here at Kelpies HQ. We get to work with loads of amazing and inspiring women both in reality and in the worlds created by our authors! So, since it’s International Women’s Day, we thought we’d share some of our favourite feisty female characters with you! Is your favourite on our list? If not, tell us on Facebook or Twitter. After all, the more the merrier when it comes to inspiring women! 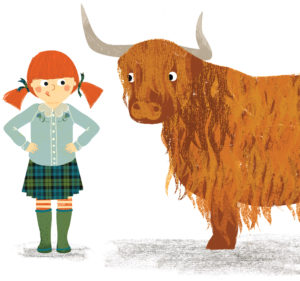 Who doesn’t love the ginger-haired, tartan-kilted Wee Lassie, with an appetite to rival any man, woman or child? Beautifully illustrated by another feisty female, Kate McLelland, we reckon Wee Lassie’s strong stomach and can-do attitude make her a great role model for wee lassies everywhere! 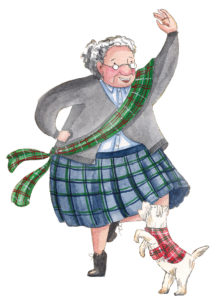 Proving to the world that you don’t have to be young to be feisty, the wonderful Wee Granny has an answer for everything in her magic bag. Whether you need a phone box, a cooker, or a ceilidh band, Wee Granny will be sure to sort you out! 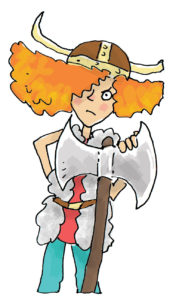 If ever there was a woman in a man’s world, it’s Velda the Viking from David MacPhail’s Thorfinn series. She’s rough, tough, and can throw an axe better than any of the boys. Velda is the very definition of “fierce”, and she is definitely a woman you do not want to mess with!

Star of Lindsay Littleson’s Kelpies Prize winning The Mixed-Up Summer of Lily McLean (and the fantastic sequel, The Awkward Autumn of Lily McLean), Lily is just an ordinary girl, with some extraordinary problems. She’s a reminder that everyone can be strong and everyone can overcome the hardships they face. (P.S. If you know a Jacqueline Wilson fan who hasn’t met Lily yet, buy them this book!)

Not only does she have one of the best names in children’s fiction, but Amelia Pigeon (from Ross MacKenzie’s Shadowsmith) is also one of the bravest and most powerful.

“Are you brave?” she asks her co-star Kirby, before proceeding to perform various acts of world-saving magic. Girls, go forth and be like Amelia. Be brave! 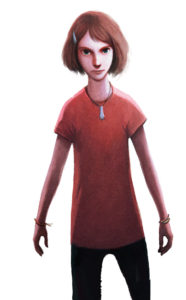 The hero of Lari Don’s Spellchasers trilogy, Molly is clever, funny and fiercely loyal. Despite the fact that she now turns into a hare at inconvenient moments, she still puts her friends first (even a certain kelpie who doesn’t always appreciate it…) 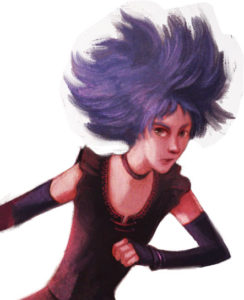 A special mention also has to go to another member of the Spellchasers team. Beth is a dryad (or tree spirit) who will do anything and everything to protect her forest. And she has the Best. Hair. Ever.